If you have been paying attention to the online casino industry over the last couple of years, then you will probably be aware that ‘volatility’ is the main buzzword at the developer level. Countless games, notably those from the Megaways range (more on that later) have appeared offering the chance for huge payouts, even when playing at low stakes. It’s upended the online slot industry, and we wonder what it could mean for the traditional progressive jackpot game.

To explain, we should start with a bit of history. For most of the 2000s, there were really two tiers of online casino slot. The first was your standard video slot, which would feature a top prize of perhaps 500 or 1000 times your stake. Classic games like Starburst, Da Vinci Diamonds or Cleopatra fit this description. While the top prize wouldn’t blow your socks off with its size, it was perceived as being attainable.

On the other hand, you would have progressive jackpot slots. Games with a headline prize that could be worth millions. Games like Mega Fortune and Mega Moolah spring to mind, the latter being arguably the world’s most famous jackpot game.  Of course, there are different winning combinations in Mega Moolah, with its four-tiered progressive jackpot and free spins, but the top prize was always the most eye-catching aspect. The top jackpot paid to an individual was approximately $CAD 30 million in September 2018.

Modern games have pushed volatility to the limit

Anyhow, those where the choices for slots players – broadly speaking. Choose a ‘reliable’ game with an attainable top prize, or shoot for the stars with a progressive jackpot game. But over the last few years, developers have released games that, arguably, challenge the progressive jackpot games’ attractiveness in the eyes of ambitious players. Below we list some of these modern non-jackpot titles from various developers:

So, what are these games all about? Well, if we take Deadwood as an example, which is loosely based on the HBO western television series. Deadwood is an ultra-volatile slot. Most of the gameplay yields small wins, or no wins at all. But the trade-off for players is that it can really go off at times, paying thousands of times the stake in the main bonus feature. YouTube and Twitch are littered with videos of these big wins from Deadwood, and the other games mentioned above.

Another example is the massive range of Megaways games. Created by Big Time Gaming, the technology has been licensed to several other developers. Megaways games feature up to 117,649 different paylines even when you play at the lowest stakes of 10 or 20 cents. As you might expect, the sheer number of paylines makes massive wins possible. The games can be quite fun, too. Rick and Morty Megaways, which is an officially-licensed game on the Adult Swim cartoon, has lots of cool features and fun gameplay.

But how do these games match up with jackpot slots? We know with the latter that players are hoping for that one, life-changing hit, although many jackpot slots have lucrative base game prizes too. And yet, we would argue that this new wave of casino games gives players the perception that the big wins are attainable, even if it remains unlikely in practice.

Indeed, when we compare the RTP of these games, they come in pretty close to each other. They all vary, of course, but most come in at around 96%. And, that’s the important part here. Progressive jackpot games usually take roughly 1% of all wagers to fund the top prize, but the amount paid back over time is pretty much the same.

We have seen a huge increase in interest in these modern volatile games, especially those in the Megaways range. Look now at the homepage of your online casino provider, and you will see that they figure very prominently. However, while they might take a little bit more of the game time away from traditional jackpot games, those will still be around for a long time. You only have to look at the size of progressive jackpot games like Mega Moolah right now to appreciate that people are still playing away and growing those enormous prizes. 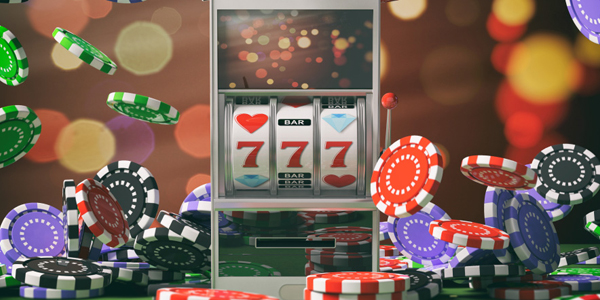