The future of online gambling continues captivating a multitude of users every year, the statistics observed in the Americas point to an unstoppable growth with an annual upward curve in the countries that make up the region. But, which are the countries of the American Continent that consume the most online games?

The United States is the leading country in America with the highest consumption of online games. The statistical records of usa online gambling indicate that the numbers of players have increased, a trend that is maintained thanks to the incorporation into the market of a large volume of gambling platforms and sports betting. You can read more in the following lines.

In North America, the use of this form of virtual entertainment increases dramatically. The industry is experiencing a remarkable growth that is not only evident at the income level but in a significant increase in the number of active registered users.

Of course, the internal policies of online gambling regulations are different in each area of the world.  American law empowers all 50 states, through a common legal framework, to create rules and regulations regarding casino games.

Each State is autonomous and dictates its own rules on gambling, with total freedom. So it is up to each state to enact laws regulating the gambling sector.

Pennsylvania: A State with a Gaming Tradition

Pennsylvania is one of the places in the United States where online casino games have achieved great popularity, and a long-standing tradition of live casino games and gaming halls has prevailed for many years, hobby that has been progressively extended to virtual gaming tables.

While it is true that online games have the preference of millions of users around the globe, there are societies like those in Pennsylvania in which gambling is part of the culture and idiosyncrasy of the state.

Due to its proximity to important cities such as Washington and New York, the state was impregnated with the influence of two modern and progressive societies; in addition, the massive influx of immigrants produced a great push for two centuries.

Metropolises such as Philadelphia and Pittsburgh are world leaders in entertainment and gambling. In the area of regulation, the state has established fair and flexible parameters for the coherent development of internet activity.

Since 2017, regulatory processes for the legal standardization of online games have been carried out. At first only bets on table games were allowed, then transactions in virtual casinos were regulated.

In this scenario of flexibility the state government took the first steps to promote a successful network of online casinos with licenses granted to nine companies to operate within the state.

The economic income that resulted from taxation and licensing was an incentive for local authorities to proceed with regulations. Today many companies have the necessary permissions to provide online casino and sports betting services.

This diversity allows users to access a large offer with bonuses, promotions and a wide variety of forms or variants of gambling. The offer is equipped with slots, roulettes, bingos, poker, blackjack and sports betting markets.

The second country in America with a considerable gambling consumption in Mexico, with significant records after the regulation of the industry on Aztec land. The creation of a legal framework that regulates the activity has been decisive to give greater force and impulse to the growth of the sector.

The profitability of the online casino business is confirmed by reviewing the figures from online games and sports betting. An official study conducted in May of this year reported revenues of more than $420 million annually, with an estimated growth of between 25 and 30 per cent, although it is estimated that these figures will continue to increase in 2021.

3. Colombia, reference in the region

Colombia is one of the countries in America that serves as an example in gambling activities. Since 2011 the coffee country promoted a law that was approved in 2016 by the highest official authority Coljuegos.

The country formulated a control and monitoring strategy within a successful regulatory framework, which some countries are following as a model to ensure safe and responsible gambling. Thousands of Colombians enjoy leisure time by trying their luck at online casinos with the guarantee that their winnings are assured.

The average annual consumption of a Colombian player exceeds 200 dollars today, which places the country in the third place of the populations of the region with the highest consumption of the industry.

The progress observed in the online casinos of these three countries has served as a reference for other countries to develop the market and promote the growth of the sector in their societies.

A task that can bear fruit for a country if it is approached with social commitment, work and business vision. 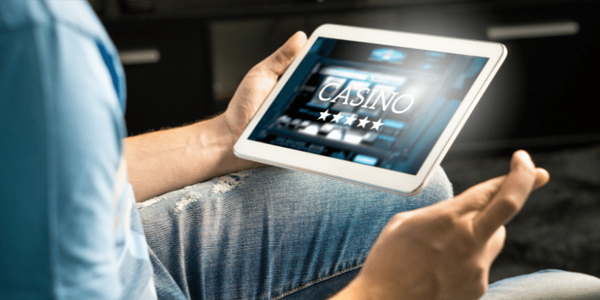