It seems like gambling authorities around the world are beginning to tighten their grip and start enforcing the laws, after a couple of European regulators started looking into the gambling advertisements in their respective countries. The latest to do so is the National Gaming Authority (ANJ) from France, who after auditing the promotional plans of the operators for 2022, issued them an order to “de-intensify” the current aggressive marketing approach.

Moreover, the ANJ categorized aggressive advertising as one of the several ‘points of vigilance’ that require special attention, after the yearly analysis of its 15 licensed online gambling providers and two monopolies showed a rather concerning trend. In particular, the ANJ reveals that all 15 operators and both monopolies reported a 7% increase in advertisement spending, on average.

And according to the ANJ, this ‘systematic mobilisation of digital levers’ contributed to many online operators drastically increasing their presence on the most popular social platforms such as Instagram, Snapchat, TikTok and Twitch. What makes this concerning according to the French regulator, is the fact that social media platforms are mostly used by the younger population.

The most serious warning issued by the ANJ regarding the 2022 marketing strategies was aimed solely at Winamax, for “excessive targeting of young adults” with its TV ad ‘Tout pour la Daronne’.

In addition to targeting minors, the ANJ also accused Winamax of “almost permanent stimulation of gamblers through communication campaigns and problematic partnerships”, which was more than enough for the regulator to completely dismiss the marketing strategy of the French online operator.

Quote – “The combination of these risks and the absence of sufficient preventive and public protection measures led the ANJ to reject the operator’s strategy, considering that it could not, as it stood, be considered as consistent with the objective of preventing excessive gambling and protecting minors.”

In the case of PMU, just as with Winamax, the French gambling regulator found proof that indicates that the commercials by PMU involve tampering with minors. Or as the ANJ instructed:

Quote– “Refrain from disseminating… Any commercial communication which would present gambling as a family leisure activity involving minors, or which would refer to initiation of minors to games by a member of their family”.

Consequently, the French gambling regulator informed the operators that there will be a mid-year report, to determine whether online operators followed the instructions, and implemented the changes. However, the order of the ANJ to “de-intensify” their aggressive marketing is perfectly timed with the Dutch Kansspelautoriteit (KSA) report, also regarding gambling advertisements.

Just a few days back, the KSA issued a report where it details the average number of gambling advertisements per hour in several prime time slots. And judging by the numbers in the KSA report, there is an increase in gambling ads traffic, especially during sports matches between 23:00 and 00:00 hours, with a whopping 120 gambling commercials on average.

The same goes for the time slot between 21:00 and 22:00, where the KSA reports more than 35 gambling ads per hour, on average.Given that online gambling operators in the Netherlands reported a record $8.6 million in profits for December 2021 directly from these commercials, the Minister of Dutch Legal Protection, Franc Weerwind, already declared that the government will do everything in its power to impose tight restrictions on gambling advertising. 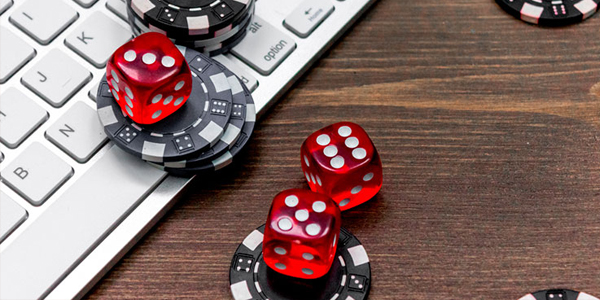