If you love the thrill of online slot machines, it is highly likely that you will have a handful of games that you enjoy playing regularly.

It is human nature to stick to things that we are familiar with, and that can be a sensible tactic to adopt where slots are concerned.

However, if everyone carried on playing the same online slots over and over again, most of the leading software developers would go out of business.

Thankfully, the leading firms are up to the challenge of creating exciting new slots that quickly build up a loyal following after they are released. We look at some of the best ones on the market. The Wild West has been the theme for many games in the past, and this recently launched slot stacks up well against many of the same genre.

Wild Bill’s Bounties is a 5-reel, 20-payline slot set in the heart of a traditional old western town that wouldn’t look out of place in the movies.

The game offers players the chance to collect multiplier bounties on every spin if they hit the right combination of outlaws displayed just below the reels.

With random wilds, free spins and a return to player rate of 96 percent, Wild Bill’s Bounties is a new slot you cannot afford to miss.

Deal or No Deal: Rapid Round

This iconic television show has spawned many successful slots and Deal or No Deal: Rapid Round is the latest version to come off the production line.

Keep an eye on the three red boxes, from which stacked wilds can burst from at any time to generate exciting winning combinations.

Getting a scatter bonus symbol on the first and fifth reels will activate the rapid free spins round which can significantly boost your bankroll.

This feature replicates the game elements of the TV show – can you beat The Banker and secure a bumper jackpot?

Space Spins is an arcade-inspired slot which features an eye-catching design and adventure-filled gameplay that is sure to enthral.

With immersive alien-inspired graphics, this impressive 5×5 slot boasts 40 active paylines and an RTP rate of 95 percent.

The free spins feature offers the best chance of grabbing big wins, with sticky wilds creating the possibility of securing the jackpot.

The feature is triggered by landing three scatter symbols on reels one, three and five at the same time and gives you eight chances to land the bumper payout. 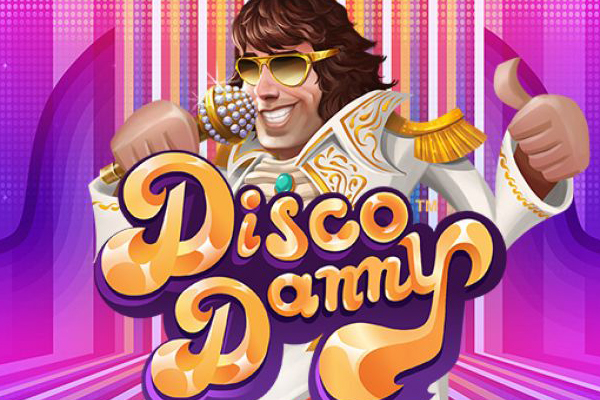 NetEnt‘s nightclub themed slot Disco Danny bears more than a passing resemblance to their football-inspired game Super Striker, but that is no bad thing.

Disco Danny is a more vibrant slot, with the funky disco beat fully immersing players into the stunning sounds of the 1970s.

Free spins and scatter symbols are the main features on the game, both of which can generate huge returns if you hit the right combinations.

The 3×3 reel format may not suit players looking for more in-depth gameplay, but the super-cool vibe on Disco Danny more than compensates for this.

If a basic 3×3 reel grid doesn’t float your boat, the 6×6 set up on Crystal Mirror by Red Tiger Gaming will be right up your street.

An RTP rate of almost 96 percent compares well with many rival slots, while the maximum win of 5,240 times your stake is enough to keep the bank manager happy.

The features on Crystal Mirror include 1×4 super wilds, nudges and a free spins round where the super wilds remain locked throughout.

The slot’s innovative reel format and mirror mechanic make this a slot game that you will return to time after time.

For anyone searching for a behemoth of a slot game, Red Tiger’s Vault of Anubis should be the answer to your prayers.

Someone within their development team clearly believes that bigger is better if the massive 7×6 reel grid is anything to go by.

The game features cluster wins instead of regular paylines, which means that when five or more identical symbols land adjacent to each other they generate a payout.

There are plenty of free spins and bonuses to pick up on an Egyptian themed game that is packed with tons of hidden treasures. 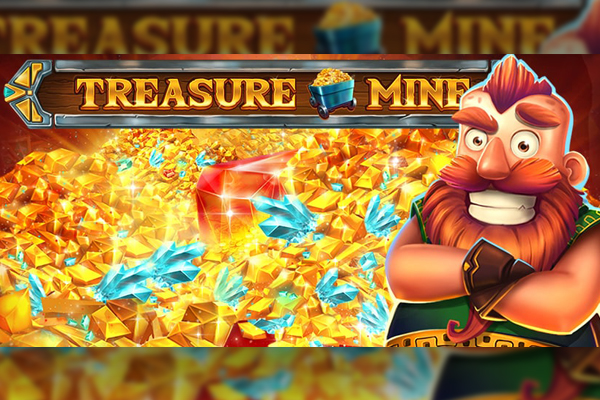 Set in a deep underground, Treasure Mine follows the adventurous feats of Redbeard in a slot game that is sure to leave you feeling breathless.

Wild symbols are the name of the game on Treasure Mine, with the standard, dragon or Redbeard wilds boosting your winning chances.

This progressive slot also comes with a Treasure Run feature which becomes active when three of the bonus symbols land on the reels.

Redbeard then gets into a cart and rides the railroad, collecting jewels along the way for a payout that could be up to 1,000 times your total stake.

Bank of the Nile

Ancient Egypt has been used as a theme on numerous successful slots and Bank of the Nile is the latest game to follow that winning formula.

The 5-reel, 20-fixed payline slot features flaming wilds and an immersive bonus round that maximises your winning potential.

This exciting level progresses through different tombs which can lead players all the way to a massive jackpot prize.

The round ramps up the excitement factor and provides a twist on a classic theme that has proven appeal for all types of players.

One of these is an hourly jackpot, while another will land at least once every day, meaning you are rarely far away from a win.

However, the third jackpot can run for days or weeks and has the potential to reach truly life-changing amounts of money.

With a beautiful design and superb animations, Reel Keeper is undoubtedly a slot that is a real keeper!